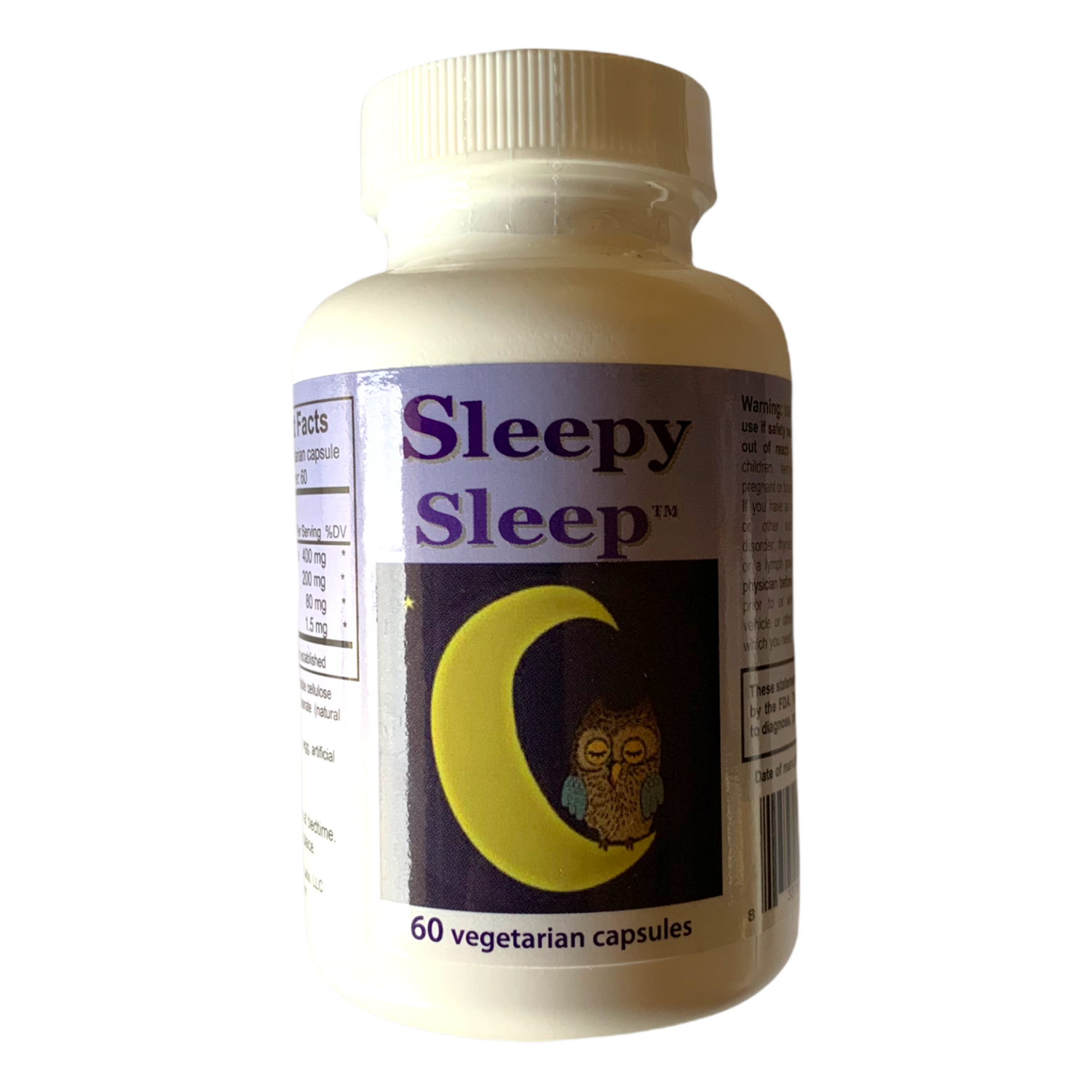 The core idea behind Sleepy Sleep is the principle of synergy between the ingredients, as follows:

Magnesium (Magnesium Glycinate) is a natural yet powerful muscle relaxant. It allows the body to fully relax for a deep sound sleep. (400mg)

L-Theanine is a non-essential amino acid commonly found in green tea. It’s responsible for inducing a calm alpha brainwave state of mind, acting on the brain in much the same way as magnesium acts on the body. (200mg)

Melatonin of course regulates our circadian sleep cycle and is responsible for inducing and maintaining a restful night’s sleep. (1.5mg)

The final ingredient, Oleamide, may be viewed as the body’s own natural “CBD”. You see, Oleamide which is found in the human body naturally, but is extracted from vegetable sources, acts on cannabinoid receptors in much the same way as CBD, which is found primarily in Cannabis species.

Oleamide was first found in human plasma and spinal fluid in the late 1980's, and was later manufactured from oleic acid found in plant sources such as olive oil. It was found to be involved in the complex biochemistry of the sleep cycle and has been proven to induce sleep in humans and animals via pathways similar to CBD.

In fact, one might look at “cannabinoid” receptors a bit differently now. That is, these receptors may in truth be “endogenous amide” receptors since Oleamide (and other amides such as Anandamide and Palmitoylethanolamide) are what the body produces naturally and exogenous cannabinoids from Cannabis species just happen to fit into these same receptors.

After months of testing various formulations, we found the optimum ingredient ratios for what we believe to be the most effective sleep formula in the dietary supplement market.

Sleepy Sleep is manufactured in a certified Good Manufacturing Practices laboratory using the highest quality ingredients. We encourage anyone with sleep issues to give it a try and let us know what you think.

Save this product for later
Display prices in: USD